Get ready court TV fans, a new daytime show is set to premiere on Monday, September 13th that focuses on inter-family legal disputes. Relative Justice (check local listings) is a syndicated, arbitration-based, unscripted, court show that pulls back the curtain on family matters, moving the drama from the dining room to the court room. Each case is brought before the honorable Judge Rhonda Wills, who presides with grace, compassion and tough love while dispensing solid legal advice to help families put an end to current conflicts.

Raised alongside four siblings and now a mother of four, Judge Rhonda has faced many of the same family dynamics and scenarios as the people who appear before her in the courtroom. It is through those experiences combined with her legal expertise that propel her judgements to not only resolve litigants’ legal disputes, but to work towards bringing families back together in the process.

“I can identify with nearly every scenario that comes before me on the bench,” explains Wills. “It’s either something that has happened to me in my own family, to a close friend, or to one of my clients.” 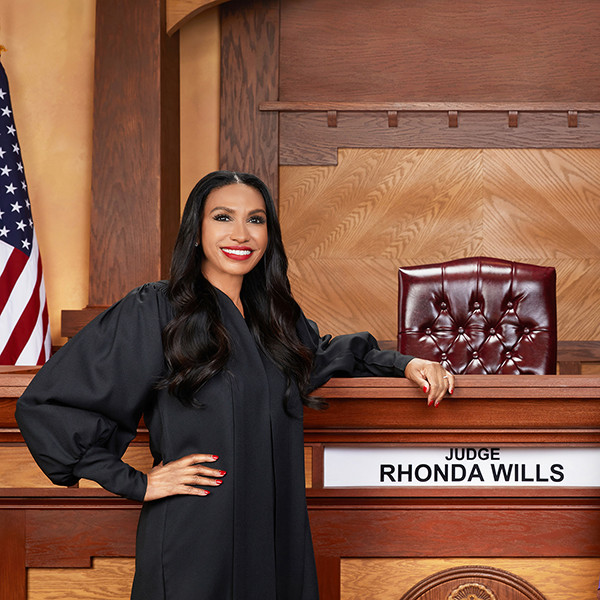 Having grown up in the small town of Winona, Texas, Wills understands the importance of advocating for others. Since forming Wills Law Firm, PLLC nearly two decades ago, she has

recovered over $100 million fighting for the rights of everyday Americans in their plight against corporate giants. Aware of society’s injustices at an early age, Wills’ life mission has been about fighting for justice, equality, and fairness. She is both passionate and fearless about her work.

Wills has a Houston-based law firm and is licensed in Texas, California, and New York.

As Wills presides from the bench, the role of maintaining order in courtroom proceedings will be that of Bailiff Brandon White, a law enforcement officer with the Georgetown Police Department who is widely known within his local community of Scott County in Kentucky. As a police officer, detective, school resource officer, and father of five, White finds himself in a variety of potentially volatile situations on any given day. His approach is one of patience and understanding which is most beneficial in the courtroom and sets him apart from the rest.

Relative Justice will air in over 80% of the country, including 44 of the top 50 markets through launch partners including CBS Television Stations, Sinclair Broadcast Group, Gray Television, Nexstar Media Group, E.W. Scripps Company, and Tegna Inc., among others. It is the first nationally syndicated television show taped in Lexington, KY, with 150 half-hour episodes shot in a newly built studio complex which used to be the site of a former historic movie theatre.

“I’m proud that our team has been able to produce Relative Justice in Lexington,” says Misdee Wrigley Miller, CEO & Owner, Wrigley Media Group. “While our litigants came from states across the country, it was so nice to be behind this Lexington-based production, and to be able to send a message to the community that quality production can come from Kentucky as easily as it can from New York or Los Angeles - thanks in part to the recently renewed Kentucky Film incentive program.”