Over 75% Clearance Including Launch Partners CBS and Sinclair

A First for Kentucky: Taping to Take Place in Lexington with a Live Studio Gallery

Wrigley Media Group announced today the scheduled launch of Relative Justice, a new nationally syndicated arbitration-based reality court show premiering Fall 2021. Under the watchful eye of Judge Rhonda Wills, Relative Justice will pull back the curtain on family disputes, moving the drama from the dining room to the court room.

To date, Relative Justice has been cleared in over 75% of the country, including 43 of the top 50 markets. Launch partners include CBS Television Stations, Sinclair Broadcast Group, Nexstar Media Group, E.W. Scripps Company, Tegna Inc., Weigel Broadcasting Co., and Gray Television, among others.

Misdee Wrigley Miller, CEO & Owner, Wrigley Media Group, commented, “I am ecstatic that we are able to bring this level of production to Kentucky, thanks in part to the Kentucky Film Incentive program. Relative Justice is a project we are extremely proud to be launching, offering Kentuckians the unique opportunity to be involved in a show typically taped in Atlanta, Los Angeles or New York.”

As the result of Kentucky’s Film Incentive, Wrigley was able to transform an abandoned movie theater into a state-of-the-art studio complex for production this summer. The project will create more than 300 jobs and inject nearly $10M into the Lexington economy.

Relative Justice Executive Producer, and Wrigley Media’s Chief Content Officer, Ross Babbit stated, “We’re very excited to bring this show to a national audience. There is nothing more relatable than a family squabble and Judge Rhonda Wills will bring her own unique style to adjudicating a wide variety of entertaining cases.”

Relative Justice will also be executive produced by Lou Dennig, an Emmy nominated television producer who has been behind the gavel of some of the most successful court shows in television history. Dennig was instrumental in launching Judge Judy, and produced Judge Joe Brown, Swift Justice with Nancy Grace, Divorce Court, The High Court, Personal Injury Court as well as various podcasts and pilots in the court genre.

Also executive producing is Barry Bloom, a veteran manager of The Braverman/Bloom Company and reality producer, who along with Michael Braverman has been responsible for numerous hours of television for Paramount TV, Syfy, and truTV.

A top litigator nationwide, Rhonda Wills founded Houston-based Wills Law Firm, PLLC and is licensed to practice law in Texas, New York and California where she maintains offices. She was featured on Sisters in Law on WeTV and has also appeared as a legal contributor for multiple media outlets, including CNN. 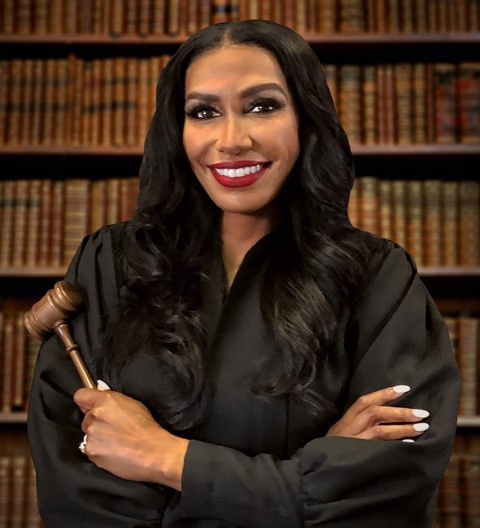